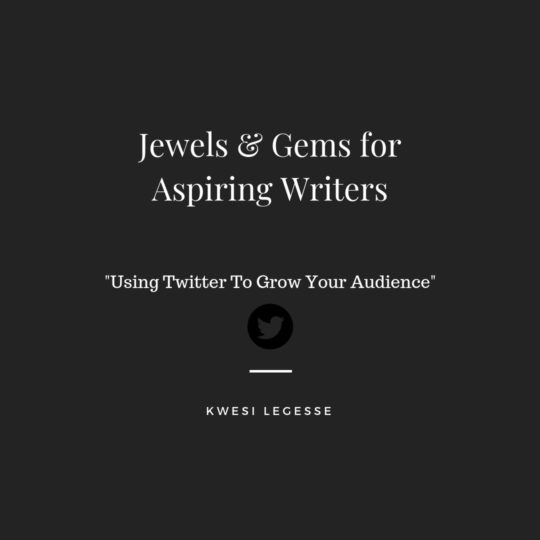 Peace and Love, family. This one goes out to aspiring writers that wish to build or increase their target audience using social media.

I’d like to pick up right where I left off on the first/introductory edition of Jewels and Gems for Aspiring Authors.

As an independent author/entrepreneur, marketing your brand, books 📚, and other products via social media platforms is integral to success. This is especially true if you measure that success by your sales and notoriety/brand recognition. There are additional measures, such as the perceived quality of the work, or the apparent impact on society/culture, but those are gems for another day.

Doing this work independently means that you need to amass a fairly large and engaged social media following across multiple platforms. I’d like to delve a bit deeper into using Twitter as a primary platform for aspiring writers in this edition. Twitter hosts tons of aspiring and actual writers as users. I can’t think of another platform at the moment that is as easy to access and use, that thrives off of its users’ command and consumption of written word. 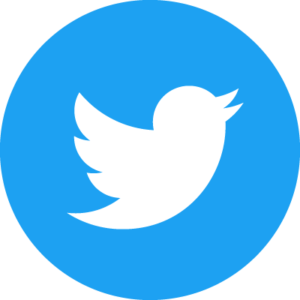 Twitter has over 300 million active users per month across the globe. Use it.

In the last quarter of 2018, there were almost 70 million active twitter users in the United States alone (Statista.com). Even though this was a slight decrease from the previous reporting period’s numbers, this number represents a tremendous amount of engaged activity just waiting for you to state your claim. Globally, Twitter boasts about 5 times that amount for monthly active users, so your prospects are bright as well.

So how do you build an engaged platform on Twitter?

After spending the greater part of 2018 aggressively growing my instagram platform, I realized that I may have been directing my energy into the wrong place(s). Insta was great for scrolling through images, memes, or quotes, but obtaining real engagement on what I thought were relevant topics was like herding cats. No disrespect to cat lovers, but from my experience, cats don’t seem to adhere to the “human agenda” as well as their canine counterparts 🐶.

So back to the experiment:

In September of 2017 I opened a twitter account for my businesses, but only started using it a little over a year later. I felt/feel that most things in life do not deserve your energy unless they add to your Nia, or “greater purpose.” If/When you (the reader) becomes a spouse, parent, business owner, or all of them combined you’ll see exactly what I mean.

The plan was to start using twitter with the sole purpose of networking and growing my business and brand. This plan would also include a strategy that I drummed up using my observations from my own personal social media accounts. This included a 3 month “control phase” designed to put said strategy to the test. During those first 3 months I only followed prominent accounts, brands or personalities, observed threads and tweeted very infrequently. Then I let my instincts show me the rest…

I tried to keep in touch with the innate elements that would drive me to follow someone, especially if they didn’t have a “blue check,” that verifies that they are somebody. Elements like curiosity, Impulsivity, etc.

DING DING DING!!! It was their values! Anyone who’s followed me over the past 2 years knows how much emphasis I place on human values. They are truly what drive our decision making in virtually every aspect of life. 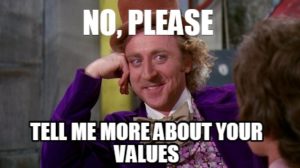 Values tend to come in groups/sets. Figure out what yours are, then aim to build a following of potential customers with similar value sets. Your content should reflect these at all times

So if someone had something clever or profound to say about Black Liberation, Finance, Family, Art/Music, or Health I’d either hit the heart ❤️ button to express approval, retweet their quote, or follow them. These actions came quite instinctively – or was it because I observed this behavior during my observation phase?

I set up the following rules and assumptions with the aim of growing my twitter following with engaged, enthusiastic followers:

Using this fairly simple formula has allowed my following to grow at a rate that I control. It also facilitates interaction with people that I believe will value my tweets, products, services, and skill set. Most twitter users abide by the mostly unspoken “follow for follow” (F4) rule. Depending on how many high value users you follow, you should gain a 40-75% yield. The lower end of that range accounts for fake accounts and attrition from folks that either disagree with your values or don’t find you that interesting!

Check out this article on forbes.com that outlines several ways to increase your engaged following.

Using the technique(s) above and following just 10-20 new accounts per day can yield 150-300 engaged followers per month. The key (like most things in in life) is to be consistent! In 3-6 months time you should be approaching or surpassing 1000 followers. This would likely be attributed to the quality of your tweets, the follow for follow rule, and the network effect. A whole year of this and now you’re really cooking with gas!

Now for the best part – what do you do with your engaged following? Whether you have 300 or 3000?

Sorry to leave you having, but I’ve well exceed my 140 character limit, so that’ll be a topic for another day.

Share this with a writer you care about dearly. thank me Later.