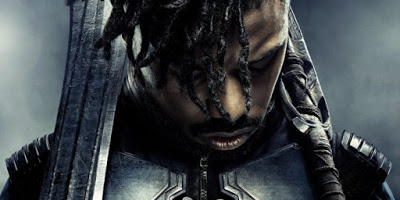 Posted at 02:42h in Art, Culture by Kwesi Legesse 0 Comments
0 Likes
Share
Marvel released its highly anticipated Black Panther movie over the 2018 President’s Day weekend and by conventional entertainment standards, it did not disappoint. Sources state that the movie grossed over $200 million domestically and $400 million worldwide over the opening four-day holiday weekend! The acting, costumes, special effects, and scenery/landscape were equally impressive as per critics and fans, and this writer’s opinion is very much aligned.
As a conscious Pan African, it brought me joy to see the garb and cultures of various African tribes represented with a sense of profound pride and ownership. Watching the nation of Wakanda was like watching a “Blacktopia” in IMAX- a symbol of what we could have been and what we could become.
The movie was also adorned with symbolism around African spirituality and Pan African concepts that may or may not have gone over the heads of many. One such example is the consistent RBG (red, black, green) color scheme that the three main characters wore throughout the movie. Another example was the ancestral plane, in which anointed individuals were able to communicate with and tap into the wisdom of the ancestors. There was one piece of symbolism that was a bit troubling for me – one that seemed so much more clear cut than the others that it could be argued that symbolism was not used at all.
Conceivably the most compelling character in the movie, the young man known as Erik Killmonger’s unfiltered views on European global oppression were portrayed as overly radical. Combine this with his sociopathic tendencies, and one has to wonder what viewers are supposed to take away from the character? He is the clear cut villain of the movie, but the discipline and other virtues that afforded this young man the ability to overthrow the mighty Wakandan empire in a few short hours are overshadowed by his ridiculous plot to use Wakandan technology to destroy existing European superpower nations.
This is also dangerous, because it validates and pervades the idea of the Black Identity extremist – a fictional propagandist term that is currently being floated around the real United States by none other than the Wakandans’ uneasy allies, the Central Intelligence Agency (CIA). The same agency behind the murders of Malcom X, Martin Luther King Jr., and countless other champions of equality for African people. None of the CIA’s collective sociopathic tendencies were mentioned or referenced in the movie, by the way.
Our people are clearly talented (again the acting and dialogue was phenomenal), but we as the audience tend to be pacified by symbolic victories instead of tangible accomplishments. An example of this is feeling a sense of power from making fun of Europeans lack of culture or calling them “colonizer.” This is reminiscent of the blaxploitation films of the seventies, when audiences cheered and laughed as the main characters referred to their European counterparts as “honky” or “white boy.” Five seconds of rib splitting laughter could never compare to five hundred years of theft, torture, rape, murder, and miseducation.
As difficult as it is for some readers to digest the aforementioned factual verbs is how it was for this writer to appreciate the underlying message behind a revolutionary thinker like the Killmonger character. Consider that using overt violence is largely no longer necessary to obtain power. The current world dominators reserve violence for groups that are resistant to their oppression. In fact, the dominant superpowers would rather destabilize targeted colonies by staging uprisings within the colony in an attempt to “keep their hands clean.” Once the colony is completely destabilized, they move in under the guise of aid or democracy.
Power has evolved and is now closer aligned to wealth and unification than it is to brute force. Real Pan Africans understand this, and if Killmonger was as educated and trained as they portrayed him to be, he would’ve understood this too. Remember, his pain and trauma was also symbolic of all Africans in America – so does this mean that his insanity and intention is too?
The final confusing message in the movie is that for a nation that is extremely wary of outsiders, the Wakandans seemed to be overly concerned about preserving European lives over African ones. The West African human traffickers and mutinous tribesmen appeared to be easily disposed of, while the murderous White South Africans were brought into police custody in the name of global diplomacy.
I know all too well that many readers may not appreciate this deeper (although brief) analysis of the movie. I can see the “ya’ll looking into this too deep,” and “Just sit back and enjoy the movie” comments now. But in a society where many gain their “programming” from media, movies and music instead of facts and books, someone has to serve as sentinel to the Black subconscious mind. That is my purpose, and I hope that through this article I was able to provide that service to my people. And even with the reservations I cited above, I can wholeheartedly join the masses in exclaiming “Wakanda Forever!”
“Kwesi Legesse is an author, blogger, and speaker. He is an independent publisher with a background in family medicine, community health education and healthcare consultancy. His mission is to spread awareness of tools and practices that lead to black financial, spiritual, educational, health and psychological empowerment.”