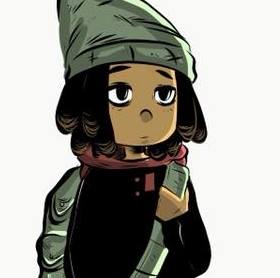 I’ve always believed that artists and creatives are just as important to society as any other profession or vocation. Art defines and sometimes shapes the culture and identity of a society, so why is it that so many members of society typically frown upon a career in the arts? Why is it that so many artists struggle to make a living? After interacting with several artists from the US, Caribbean, Continental Africa and Europe, I came to a conclusion. The artists, like any other entity must evolve to stay relevant. Similar to how countless vinyl-exclusive DJs who refused or failed to evolve were rendered sterile over the past 2 decades, Artists need to adapt to an ever-changing global environment if they wish to earn from their beloved craft. The DJs who survived the digital revolution were those that adapted to the tools and technology that were available to them; Visual artists are no different.

David “Artbook” Johnson is an African American illustrator from Baltimore Maryland. He works at Maryland’s Live! casino in Hanover as a slot technician and is quite competent at what he does. But even his coworkers know what David’s true talent and passion is…

David’s been sketching and drawing since he was a young child. His first enchantments occurred when he viewed graffiti art on trains passing through his native Baltimore. He also developed an affinity towards anime and manga during his developmental years. He fused these passions with other elements of his upbringing to create his own style – a bubbly mashup of urban culture and Japanese art that his 18,000 plus engaged instagram followers (including me) love to love.

David traditionally used pencils, markers, and microns to produce his best work, but a little under two years ago something wonderful happened. His mom bought him an iPad pro with pencil as a favor/present. After a about a month of learning the tools and getting used to the interface, Artbook 2.0 was born. 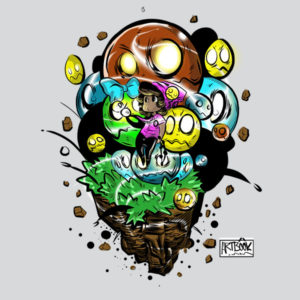 David was instantly transformed into a digital art generating machine – he has been able to crank out hundreds of leisure pieces, commissions, and publishable projects in a matter of months. His process? He relies on everyday occurrences or project direction for inspiration, then puts his apple pencil to work in combination with the following apps available for his iPad pro: Adobe Sketch to sketch, applying inks on Adobe Draw, then splashes on his trademark color on Procreate.

The ipad pro and pencil made it easier for him to create art. Transitioning to digital art as a medium resulted in significantly less trips to the art store, and much less failed or aborted projects. This of course boosted his productivity and his efforts became way more time and cost effective. The iPad pro and pencil are extremely portable, so he’s able to produce art virtually anywhere – a library, coffeeshop, an airport. “It’s like having a portable studio at my disposal,” says David.

The beauty of the technology and these products are that they are largely accessible to most artists and prospective artists, which innately boosts the amount of available art for us to enjoy and of course support. Shout out to David as well as Apple, for what they both do for the culture!

You can view and enjoy David’s artwork on his facebook and instagram pages. Purchase framed prints, canvases, or digital downloads right here at our shop.