Trinidad Carnival: To Fete or not to Fete? 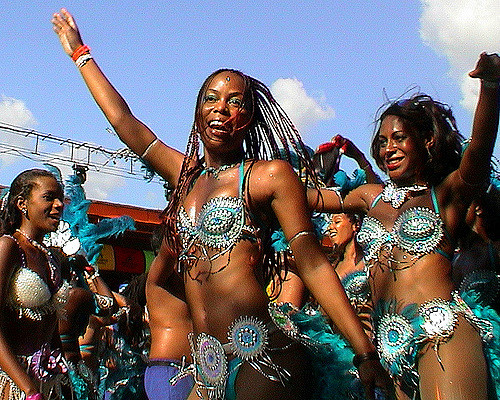 10 Feb Trinidad Carnival: To Fete or not to Fete? 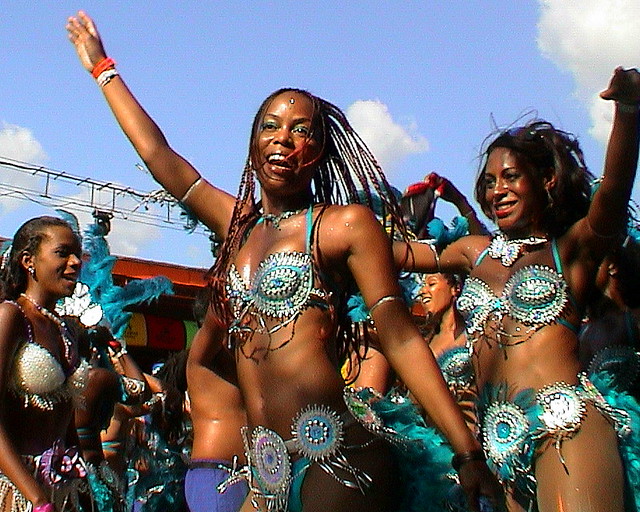 Anyone that has experienced Trinidad and Tobago (T&T or TT) Carnival in person will tell you that it is one of the greatest entertainment events on the planet. Carnival represents a cultural, culinary, visual, musical, artistic, stylistic buffet that appeals to virtually everyone with a palette for the aforementioned adjectives. As a result, thousands of foreigners and foreign-based Caribbeans annually descend upon the tiny island pair for a few days or weeks of virtually undisturbed and unfiltered revelry.

I’ve had the extreme pleasure of either participating in or closely observing almost two decades of TT Carnival. This includes witnessing the rising costs of travel, shelter, “playing mas” (feel free to google that term), transportation and food. So as wonderful a spectacle and experience an overseas trip to TT may yield, one has to beg the question: Is traveling to, and/or participating in TT Carnival a poor economic decision for most?

Many of us remember the hilarious, but brutally truthful phrase coined by social media comedic and musical entertainer, Majah Hype (IG @majahhype): “Allyuh comin’ back to bills and snow!” Many of us wrote it off as jest and failed to heed the underlying warning. Many of us have done nothing to change that reality, and then there are those of us who are actually making it worse!

So before we get into my not so expert economic analysis of foreigners’ participation in TT Carnival, let us at least digest the assumption and notion that the United States is a capitalist country whose economy relies on the consumership and accompanying debt of most of its constituents. Your mindless spending and accrual of debt will keep you on the workforce plantation longer than you ever intended. Got it? Good. Now let’s move on.

According to the United States Bureau of Labor Statistics, the median weekly earnings for Americans in the third quarter of 2017 is $849 USD. Break this down by gender, and males average  $937 as opposed to women’s’ $767 per week. This works out to 81.9 % if we are curious about the wage disparity between males and females. For Black Males, the weekly wage average is $744, or 77.1% of what their White male counterparts make. We could delve deeper into disparities between additional categories, but that would detract from the overall subject analysis.

If we simplify the potential expenditures involved in a US-based foreigner’s week long trip to T&T carnival into four basic categories, using general numbers and assumptions, we can establish a rough benchmark that should allow us to come to a few collective conclusions. Travel, Room and Board, Food, and Festivities seem like a fair start:

Our prospective tally of these four basic carnival categories comes up to over $3600! If this sounds half insane, it’s because it is. Based on the aforementioned labor statistics, this amount is more than the average American earns in one month. If that does not resonate, then let us consider two wildly opposing courses of action:

Now keep in mind that these are two extreme pathways, on opposing ends of the spectrum. The reality is that life happens and the average foreign patron would likely do something that falls in the middle, or do one of each for a shorter term. One example of a pragmatic middle ground would be the individual or household that has a “carnival fund” that falls into an existing budget, which in turn has funds allocated to saving and investing. This middle ground would likely not be conducive to lavish annual carnival trips, but it would take steps toward eliminating existing debt and building wealth.

Scenario A would yield over $40,000 over that 10-year period, whereas scenario B yields fun memories, stories, awesome photos, and $36,000 spent that will never yield a return. Best case scenario you may fall in love with the island pair or find your soul mate there.

Ultimately, your values are what drive your decisions and actions. Ask yourself: do you value wealth? Freedom? Fun? Would you defer the good times in scenarios A in favor of long term wealth building that could last for generations? Why don’t you start by testing your mettle and values with a decision point this year – T&T Carnival: to fete or not to fete?